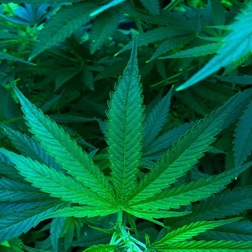 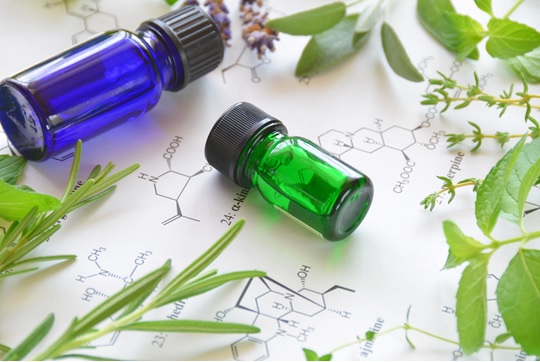 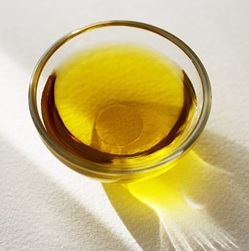 I have received so many questions from all of you about Cannabis that I thought it deserved a post of its own. I'll try to clarify things for you.

Q: All the terminology about this plant is confusing. Please clarify!

Cannabis is a genus of flowering plants native to Central Asia and India, It originated just northeast of the Himalayas some 5,000 years ago. It has a 3,000 year old history of use in different religious traditions including ancient Chinese, Hindus, and Greeks. Even the ancient Germans acknowledged it - the cannabis plant is associated with the Germanic Goddess of Love, Freyda, and she often is depicted holding it in her hands.

There are three main species of cannabis: Sativa, Indica, and Ruderalis. But these plants have interbred in the wild for so long that the amounts of the various component parts vary enormously and the true taxonomic differences are hotly debated. Almost all species, subspecies, as well as their component parts contain "cannib" in their name, so no wonder you're confused. Hops is the closest relative to the Cannabis plants. Indeed, if you've ever used hops extract as a sleep aide or if you enjoy an IPA, you've ingested CBD,

Cannabis Sativa and Cannabis Indica are the typical varieties called Marijuana which, of course, it psychoactive. It contains between 1% to 98% THC, most of that being ^9THC which is psychoactive. Hemp is defined as any form of Cannabis which contains less than 1% THC. So Hemp is a Cannabis plant. It does not get you high. It is legal in all 50 states.

Q: So why, when I look on Amazon, are there very cheap hemp oils intermixed with very expensive formulations? What's the difference?

The difference is how it is processed and how much CBD it contains. Crude hemp oil is like so many other oils you can find in the supermarket. Safflower, Sunflower, Canola....you pick. If it's organic, it's a wonderful oil although it tends to spoil quickly. But it belongs on your salad. You need to concentrate the important substances in this plant in order to make it therapeutic.

Q: Just what are the "important active substances" in the cannabis plant?

That is an excellent question! CBD stands for cannabidiol. It is one of over 400 different cannabinoids found in this plant. It's the dominant cannabinoid, comprising 40% of the total amount. The second most common is cannabinol. But there are so many others! Like CBC,CBG,CBG-A. Then there are the THC's, not all of which are psychoactive. There's ^9THC, the dominant psychoactive, but, in addition there's THC-A, THC-V, THCV-A and more. Some of them are not psychoactive but do help with pain. Then there are the terpenoids. These compounds are especially helpful in supporting neurogenesis, improving brain function and decreasing nerve pain. Anyway, there are a lot of different substances with a lot of different names in this plant. And it's the THC you want to stay away from if you don't want to get high.

There is a certain amount of controversy about which formulation is the best. Just as the percentages of THC to CBD varies enormously at the "Pot" store, the composition of "CBD" varies enormously in the community. There are companies selling 99% pure CBD crystals. There are others who strive to preserve all of the different compounds close to the percentages found in the original hemp plant. My perusal of the literature supports using the latter approach. It's a more holistic, diverse, and balanced approach.

Q: What form should I use? Elixir, Pill, Inhalation, Drop, Spray or Skin Balm?

It depends on your needs. But here's a rough breakdown. Smoking, because of the harsh treatment created by burning, destroys many of these compounds and then creates carcinogens (cancer causing compounds) It's just not a good way. Vaping is better and gets approximately 18% of these precious compounds into the body quickly,(but then they leave relatively quickly.) Swallowing a pill takes longer to achieve an effect and lasts longer. But unfortunately less than 10% of the dose actually gets in. The problem here is that pancreatic enzymes, gut bacteria and the liver metabolize and inactivate most of the it. Just be prepared to take much larger doses. Elixir, this is basically a drink heavily mixed with a flavoring like peppermint. Be aware that if you swallow it, it will undergo the same digestion and degradation as a capsule. Skin Balms. Some of these are only nice skin creams. But since the cannabinoids are fat soluble, a skin balm containing a significant amount of cannabinoids can soothe a peripheral nerve if it is close to the skin. Preliminary evidence links CBD skin balm use to resolution of benign as well as malignant skin lesions.

That leaves the sprays and drops. These are my personal favorites and I carry two forms in my office. Sprays and drops deliver active compounds directly into the bloodstream through the veins under the tongue. Thus more get into the body intact. Perhaps 30-40%. The two formulas I carry boast even a greater delivery rate. Both nanosize their particles. One is a liposome, the other a hydrosome. Their delivery rates are purportedly much higher.

Are you sure hemp derived CBD won't make me high?

Yes I'm sure. In addition, you don't get paranoid, don't get the munchies, and won't fail drug tests. It's very safe. Just don't consume half a bottle at once.

Will it help with my pain, fatigue, seizures, or anxiety?

There's a good chance it will. Sometimes you need to add a little THC. But ramping up the CBD first lets you tolerate a little THC better. So that you don't feel out of control. You simply feel better. After all, a little THC belongs in this plant.

What else is important in choosing a supplement?

It's important to pick a reputable producer. It's the wild west out there with everybody and his brother joining in this cottage industry. There are few quality controls. Hemp needs to be raised organic. Finished products should be third party tested for not only pesticides but heavy metals and undesirable processing residues, It also needs third party testing (certificate of analysis) to make sure it contains what it says it contains. This brings up extraction method. The cheapest way to extract CBD is through solvents which destroy many of the minor components and can leave toxic residues. Look for a CO2 extraction process or better. Also be aware that this is a new and largely unregulated industry. You may not be getting what you paid for. Amazon in particular is being inundated with Chinese counterfeits.

How much should I take?

It depends! Both on how you are ingesting CBD, what your problem is, and exactly what you are taking. When I look up dosing, recommendations vary from 5 mg CBD a day all the way up to over 800 mg. As a rule of thumb, most of the lower cheaper doses are too low. That's why I favor the more bioavailable formulations in nanoparticles absorbed in the mouth. With drops or sprays it's easier to vary the dose.

It can take a while to have an effect, up to three weeks. You need to saturate your receptors first - prime the pump so to speak. I'd start with a low dose for a day or two, especially if you are sensitive to supplements and drugs. This is just to see how you will react. Try 3 mg a day 20 minutes before a meal. Then, if you are comfortable, double a full dose for the first 10 days, at 12 to 18 mg before settling in at 8 mg a day. If anything, more will be necessary or perhaps you'll have to add a little THC.

A final word about the endocannabinoid system. This is our own internally produced system which connects all the different body parts and is involved in a process called homeostasis. Homeostasis is how the body adapts to stress, balances and maintains itself. Obviously this is an important regulatory systems, primarily involving proper regulation of pleasure and pain, assuring that all the bodily systems from digestion, to the skeletal system to the brain work in synergy. We share our endocannabinoid system with all vertebrates and many invertebrates. Even snails have an endocannabinoid system!

We first discovered endocannabinoids in 1996. In contrast cannabis, (the exo-cannabinoid) was first found in a cave with an ancient Chinese Shaman dating back to 2,700 BC! Both help us adapt to stress and maintaining balance - In our modern toxic world you can see how important such a system could be!

Since 1996 we have isolated only 2 endocannabinoids. The first and most abundant we named anandamide. "Ananda" is the Sanskrit word for bliss. The second is called 2-AG. They are active on thousands of sites all over our bodies. There is emerging information on what herbs and foods actually contain endocannabinoids. For example, dark chocolate contains more anandamide than any other known substance. Can't you tell?

CBD does NOT contain anandamide. What CBD does is decrease the breakdown of our own anandamide, boosting levels, increasing body harmony promoting balance.