Cannabis has been in medical literature for over 5,000 years! That's a long time. It's been used to treat pain since the 6th century AD. It was used extensively in the 1800's. In fact, Cannabis wasn't removed from the Medical Pharmacopoeia until 1942. Why did they remove it? Because along with pain relief there was an abuse potential. At that time, the risk was low. The plant itself was more balanced. In fact the risk was so low that in 1942 the AMA wanted to keep cannabis legal for medical use and study it's potential. Can you believe that? After 5000 years, they didn't know how it works but they thought it was safe.

Just why opium was embraced and turned into many prescription drugs while cannabis has ended up in disgrace, with millions of federal dollars spent criminalizing it is a mystery to me. Cannabis should be researched and bred to maximize it's beneficial effects and to minimize it's detrimental ones. Fighting cancer and minimizing pain are at the top of my list.

There are more than 300 different substances in this plant, many with opposing actions. It's biochemistry is very complex. I waded through a lot of it then gave up. Plants like this one are a symphony. Since I am committed to finding reasonable and safe solutions for chronic pain that do NOT involve opioids, I will tell you what I learned. Perhaps it will help.

Cannabis is a mixture of ^9THC, Cannabinoids, and Terpenes. Broadly speaking, the ^9THC is the psychoactive part of the plant. It gets you "high", it can dumb you down and give you the munchies. In general, it's bad for you, associated with cardiovascular risk, paranoia, and shortened lifespan. Yes, it has part of the effect on pain. But in my book, ^9THC should be used as sparingly as possible. There you have it. And I don't prescribe it.

My interest is in cannabidiol and the other cannabinoids. They have many beneficial effects on our bodies. They enhance the actions of our own innate endocannabinoid system. That's the cannabinoids we make ourselve Yes, of course this exists! It's an incompletely understood network both in and outside of our brains. It produces feelings of relaxation, satisfaction, and pleasure. One compelling theory of Central Sensitivity Syndromes is that they are related to endocannabinoid deficiency, especially the CBD1 in our brains. Cannabidiol can promote higher levels of endocannabinoids just like low dose naltrexone promotes higher levels of endorphins.

For most of the 20th Century, this poor plant was manipulated to increase it's ^9THC component at the expense of cannabidiol (CBD).. A proper ratio of ^9THC to CBD might be 50/50. Instead hashish is 98% THC. Way out of balance. It is very difficult to even find a product at the "Pot" dispensary which is truly geared to helping those in pain without completely anesthetizing their brains with THC. On the other hand, 99% cannabidiol is available without a prescription everywhere from Amazon to Health Food Stores. You don't get high. You just need to get the right stuff because it's the Wild West out there! Everyone and their brother is trying to make a buck off CBD.

What does cannabidiol do for you? It is a potent anti-inflammatory! And it is an interesting one at that. Our endocannabinoids are actually made out of the worst of the Omega 6's - arachadonic acid. Arachadonic acid itself is extremely pro-inflammatory. But push AA through 5-lox into a lipoxin, and you start resolving inflammation. Not blocking it. Resolving it! The trick is to enable this pathway. And that's what we are doing. Cannabidiol stimulates endocannabinoid formation which stimulate lipoxin generation thus decreasing inflammation and resolving pain. (GPR55). More on resolvins in my next post.

There are positive studies using CBD (cannabidiol) for fibromyalgia, migranes, cluster headaches, IBS and peripheral neuropathy. In addition Cannabidiol has anti-seizure, anti-cancer, anti-anxiety, anti-nausea properties. I'll spare you the receptors except to say that of course they involve serotonin, adrenergic response elements and even NMDA.

How to use? I prefer the liposomal or sublingual mouth sprays or drops. Or, if you have a particular spot or superficial nerve that hurts, I would consider a salve rubbed into the spot. CBD can be absorbed through the skin and is absorbed into the fatty sheath around a nerve where it sticks around. Be aware that getting an effect takes time. You need to build up a reserve of endocannabinoids in the affected tissue. Thus relief is much better after a month than after a single use. Cannabidiol from hemp does NOT get you high no matter how much or long you use it.

Also be aware that cannabis needs to be organic. Certified organic. Pesticides often sprayed on this plant can wreck havoc on a compromised immune system. If you must get some THC at the pot store, buy organic and don't smoke it! Many toxins are released into your system that way. Vaporizers are ok, vape pens however are often filled with crap. The exact mix of THC and CBD that is right for you and your pain however is beyond my expertise and usually takes some tinkering. 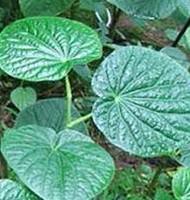 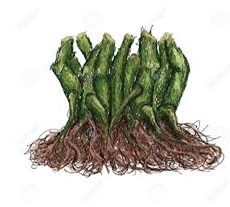 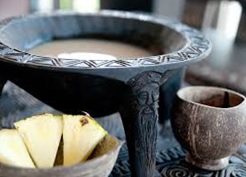 Here's another very interesting plant which can come to your rescue. The Pacific Islanders have used this for many centuries in an elaborate tea ceremony. Chiefs and Elders celebrated with Kava Tea before meetings of state, and other important occasions as documented by Captain James Cook. What? Drink this tea before they made decisions? Kava must be a very different substance than narcotics or alcohol. Imagine Congress having a Percocet or a shot of whiskey before debating an issue and then voting on it.

Yes, Kava is different. It gives you a loose body and a clear mind. It was originally brought to the US as a treatment for bladder spasms, as it relieved them by loosening things up. (Pay attention all you women who get up to pee 5 times a night.) Kava relaxes smooth muscles, those we don't consciously control (bowel, bladder), then helps the rest.

When it comes to the brain, it reduces anxiety but is not sedating. Technically, it hits GABA-A (don't worry receptor), CBD 1 (relax and feel good receptor), and MAO-B ( the enzyme which breaks down adrenaline). But it doesn't hit the Benzodiazepine (Xanax) or Opioid (narcotic) receptors. No anxiety, no sedation, nothing hurts. Now do you understand the Chief's Tea Ceremony?

Other interesting factoids about Kava: 1) It's a relative of the pepper plant, thus it's official name is "Mystical Pepper".That's Piper Mysticum, not Sergeant Pepper. But then who knows what the Beatles had in mind. Kava does make it "wonderful to be here." 2) Kava means bitter, so if you try a concentrated tincture, be prepared! 3) Like ginseng, the applicable part is the root. The leaves and stems do work, but rarely they can damage the liver, so you need a reputable brand, not just the cheapest Amazon has to offer. 4) Also like ginseng, the older the plant, the stronger the effect. (Again, you need a good brand). 5) Be aware that kava can take up to a month to have a full effect, so by all means, give it a chance. 6) This plant is sterile, and needs to be propagated by cuttings. Poor Sgt Mystical Pepper! Those Polynesian natives certainly worked hard at spreading and protecting it.

Kratom is an evergreen tree native to Thailand and Malaysia. It is a relative to the coffee tree and has both stimulant and pain relieving effects. It's leaves have been used for centuries. One to five leaves gives you energy, five to ten gives pain relief. More gives you opioid side effects of nausea, constipation and dizziness. I have no experience with Kratom and do not recommend it. It can be addicting and can lead to withdrawal symptoms. But it appears to be safer than narcotics, the addiction is milder and the possibility of respiratory depression is rare. Thus it is safer than narcotics.

It needs to be studied! There are so many different compounds in this plant, hitting so many different receptors. It may help with a variety of poorly understood conditions. And it appears to be so less toxic then drugs available every day on every prescription pad or back alley in the United States. It makes me angry, there's just too much unnecessary pain going on.

OK, that's it! CBD for seizures and pain, perhaps with a little THC to maximize the effect. Kava for anxiety relief, sleep interrupted by pain from bladder, bowel, or muscle spasms. Kratom for those seriously addicted with serious pain. But ask your pain med doctor for this one.